As an avid climber, I’ve set-up many anchors outdoors for top-rope climbing on bolts. Recently, while talking to a friend about her outdoor experience, she told me that she’s never set-up the anchors herself and has always relied on someone else to do it. This got me thinking about the value of knowing how to set-up anchors, if only to double check your trusted friends’ anchors when climbing outdoors.

The anchor is a point at the top of the cliff that is used to hold the rope in place. It is the main safety point for climbers. The most common use of anchors is to enable lowering off the route and for top-rope climbing.

Most top-rope routes are first climbed on lead and then the leader sets-up the anchors so the rest of the group can climb on top-rope after being lowered off the route. However, some cliff sides are set-up in a way that climbers start at the top of the cliff, set up the anchors and then repel down to the bottom.

This is a step by step guide (with pictures) to help you do that. Please note, that this article should not replace professional instruction and you should always consult a professional for guidance. Especially if you’ve never done it before.

Creating anchors from bolts is a relatively easy process but there are a few details that need to be made correctly to ensure the safety of those using the anchors. Basically, you have two points of contact on the wall through bolts that you are going to use as a redundancy. If one of the carabiners or bolts breaks, the second set will prevent any ground falls and keep you safe.

This is gear that you should have on your harness prior to getting to the anchor.

Once you have reached the top of the route, you should already have placed your first quickdraw and attached your rope to it (just like you would while lead climbing). Now you are going to place a quickdraw on the second bolt in the opposite direction.

Which carabiners are attached to the bolts, vs the rope?

Since the bolts rub against the carabiners and eventually cause some degradation of the carabiner, by always placing the bolt side with the bolt, you don’t have to worry about that degradation rubbing against your rope.

What direction are the gates facing?

Since the rope can move from side to side, it is important that the gates face opposite directions so in case the rope does move in such a way that it comes out of the gate, it is only able to come out of one and it still leaves one intact (redundancy).

What side of the carabiner is upright – the small or fat side?

This will ensure that even if the anchors turn themselves upside down, the gates will remain in the opposite direction.

When to Extend Anchors

If the carabiners are rubbing against the edge of a rock or the rope drags across the rock before reaching the edge of the cliffside, then you need to extend the anchor. Extending the anchor makes it so that the gear doesn’t rub against the rock unnecessarily. This will help maintain your gear so it doesn’t get abrasions or wear down.

How to Extend Anchors

The most common way to extend anchors is by adding a sling to the system. Ideally, you’ll use two different slings so if one sling gives out, a second sling is still functional as your redundancy.

If you only have one sling, you can also create redundancy by creating a Knott above a clip-in point (see image above). This will use both the quickdraws and the tied sling

How to “Clean” Anchors

Cleaning anchors is the act of removing your gear safely and then being lowered on the chains at the end of a climbing day. To clean anchors, you need to have additional gear to attach yourself to the anchor and keep you safe.

Please note: You should practice this on the ground before getting to the top of the wall to ensure you know what you are doing – professional instruction is recommended.

Steps for cleaning the anchors: 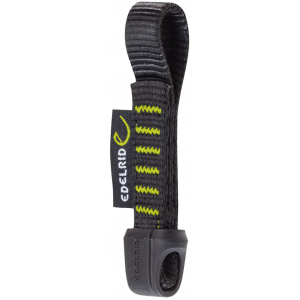 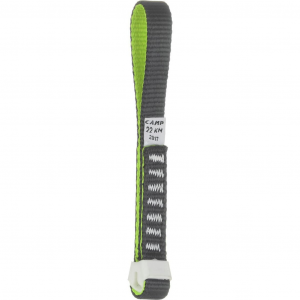