In today’s video, we’re going to talk about using the Grigri for top-rope climbing. And it’s an amazing belay device. Honestly, if you’re worried about falling or you’re worried about your belayer being new to belay, this is a great tool that you can use to get that extra sense of safety. If you fall while you’re top-rope climbing and you’re using a Grigri correctly, the device is going to catch you, even if your belayer becomes unconscious. So there are definitely some major benefits to using it. And let’s go ahead and talk about how you actually use the device.

How to load rope into the Grigri belay device 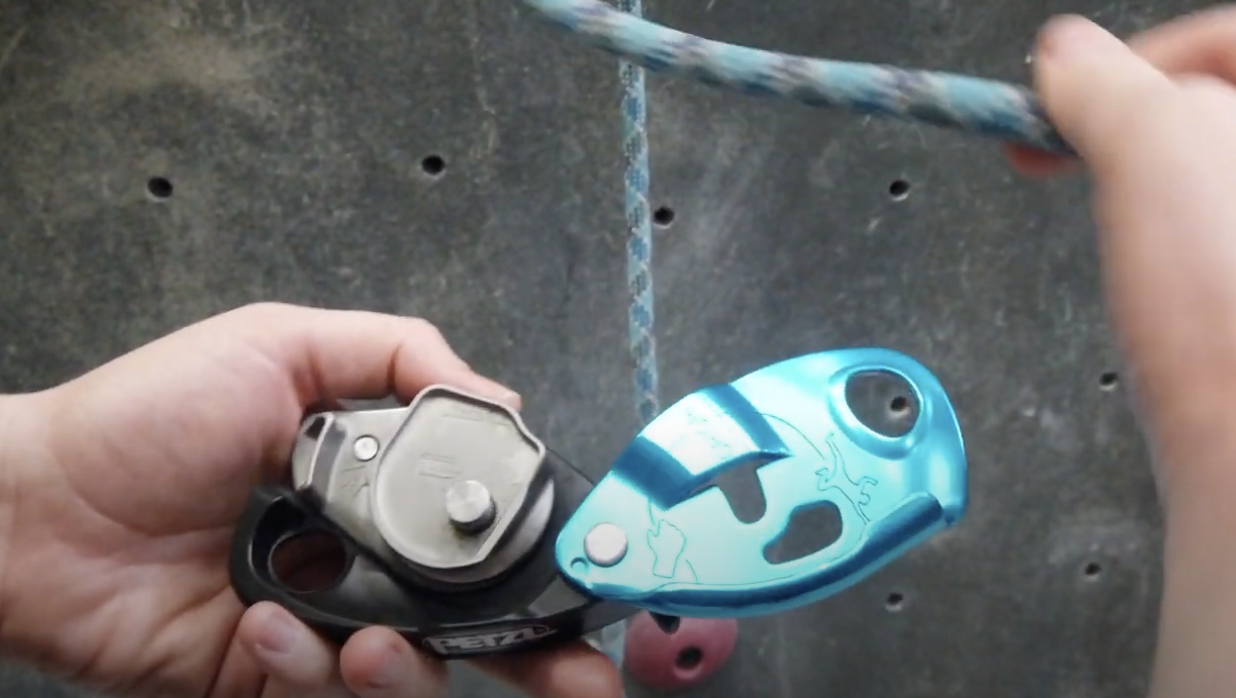 The picture of the climber is the side where you place the rope that is leading up to the anchor. 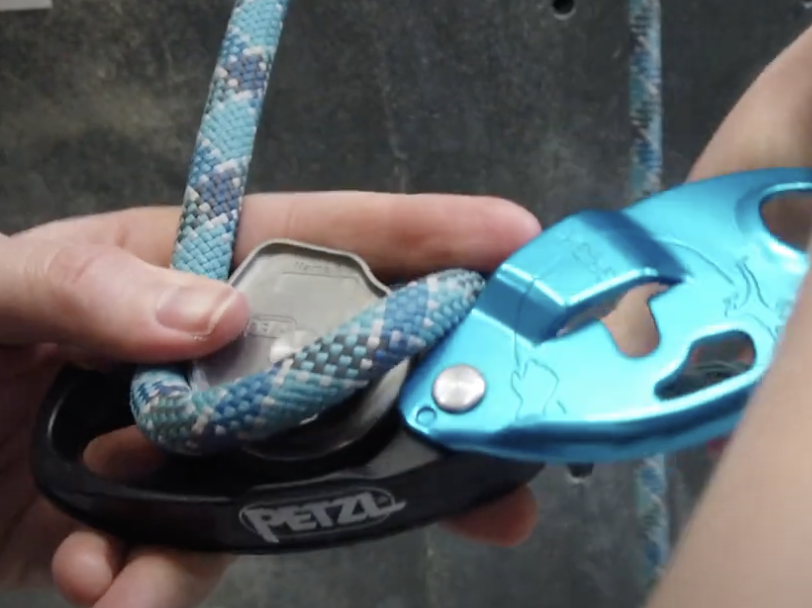 Then you’ll lead the rope through to the other side where the rope in hand icon is on the device.

The rope that you’re going to be using as the break hand is on the break icon side of the belay device. 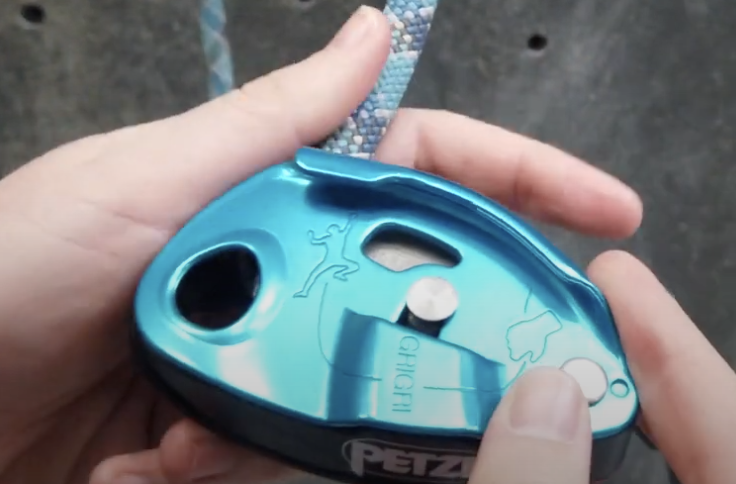 Once the rope is loaded, you can slide the device closed and then lock it in place with a carabiner through the carabiner loop and the belay loop of your harness.

Now, once the climber is properly tied in (how to tie into the rope can be seen here), then the belayer can place their hands on the rope and belaying can begin.

How to take in rope with the Grigri

With top-rope climbing, you’re going to be taking in rope as the climber goes up so that the rope can stay tight and catch the climber if they fall. To take in rope, it’s just like using a normal ATC if you’ve never used an ATC before that’s okay. Usually, it’s recommended to learn belaying with an ATC first, but the movement is the same so learning on a Grigri is ok.

When the climber goes up, you take in the rope.

To take in the rope, pull the rope down and toward the belay device.

Then with your break hand, pull the rope through the device. Repeat the motion as the climber goes up the route.

Safety Note: Don’t let your breakhand off the rope. Either slide your break hand up or for extra security, or you can place the hand you have been using to pull down with underneath your break hand to hold it in place while you slide the breakhand up.

I find that when I’m climbing with people who move slower, I’m perfectly fine when they use  the sliding method. That being said, don’t be lazy about it. Being lazy can be really dangerous.

How to lower a climber with the grigri

So the climber made it to the top and now it’s time for you to lower a climber. This is the best part about the Grigri, honestly, because all you have to do is keep your hand on the break side of the rope and pull the little lever with the other hand. The further you pull the lever back, the faster the rope will run through the device.

Test the grigri out before using it on a full climb

I’d recommend actually testing out the device by climbing up three feet and then after the rope is tightened, have the climber take a fall.  Then use the lever to let them down. This will not only help the belayer learn the belay device, it’ll also help the climber feel more secure. Both the climber and the belayer will better understand how the device works. Once you’ve tried it out and you’ve established that, you know what you’re doing, go ahead and use it on the full climb.

How the grigri works

The Grigri is made with what’s called a camming device, that pinches the rope when the device is pushed in a certain angle, which happens when a climber falls and the rope tightens. The lever allows you to “un-cam” the device and release the rope.

What I think about using the Grigri

The Grigri has changed my life. I feel so much safer climbing top rope, outdoors, and even indoors. It’s more comfortable plus you don’t get as tired because you don’t have to put as much effort into holding the rope down with your break hand. I’m able to belay longer and easier than with any of the other belay devices that I’ve used.

Gym ropes are typically thicker so if I was going to belay children or people significantly lighter than me at the gym, then I’d probably consider using the Madrock Lifeguard instead. The Madrock Lifeguard is my backup device right now but I always pull it out at the gym if I’m belaying kids so I don’t have to feed the rope through the device when it’s really thick.

If you have questions about the Grigri

If you ever have any questions about safety, talk to an expert. Talk to someone at the gym who is trained to train other people how to belay.